Howdy! I just wanted to let everyone know that Turn to Ash Vol. 2: Open Lines is nearly complete. I’m just waiting on a couple of author bios and making a couple of small layout tweaks, and then it will be done. I’m not sure exactly how bad the holidays are going to screw up the wait/delivery times at the printer, but all the pre-orders should be shipping either in the last couple of days of December or the first couple of days of January. There’s still time to put in a pre-order and get a personalized letter of termination from the bigwigs at WORN and some other goodies, so ACT NOW.

I’ve been getting a lot of questions about submissions, so I updated the submissions page on the site. I’ll also paste that information below…

Turn to Ash is closed to submissions right now. We are busy finishing up Vol. 2, and will be open for submissions to Vol. 3 from mid-January to the end of February, 2017. This will be a general horror fiction volume with no theme. Vol. 3 will be released in early Spring 2017. Original fiction is preferred, but reprints will be considered, particularly if they are out of print and hard to find. No minimum word count. A flexible 7.5K word max.  Pay will be 1 cent a word, with no payment less than $35 USD. 6 months print and digital exclusive rights, non-exclusive rights after that. Please no simultaneous submissions or multiple submissions.

More detailed guidelines will be posted when we are open to subs. Please do not send anything right now. We’re too busy, and we’ll probably lose it. An email account will be set up for submissions to Vol. 3, and that address will be given out when subs are open. Please don’t send any submissions to the general Turn to Ash email address. Any unsolicited subs sent there will be deleted unread. 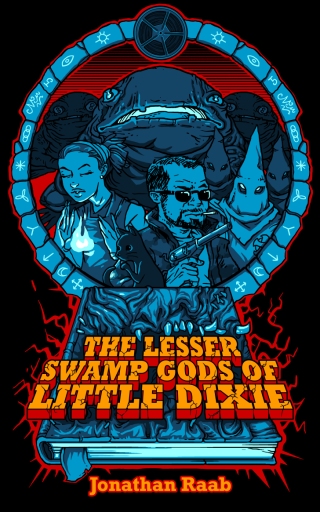 It’s an idea conceived by the late, great John A. Keel to describe the liminal spaces that connect parts of the Super Spectrum that are otherwise utterly separate. It’s an expansion on the idea of the “Super-Sargasso Sea” put forth by Charles Fort, father of the examination of the weird – the “damned,” he called it – in the real world. It’s a similar notion to how our world connects to the world of the sídhe – the mound elves – of Irish and Scottish mythology, and the basis for the Samhain festival. If you’re into the many-worlds interpretation of reality or brane cosmology, window areas are the spots where infinite soap bubble universes intersect and bleed into one another. It’s also the basically the same phenomena as the “thinnies” in Stephen King’s fiction.

It’s a concept I’m certain Jonathan Raab is familiar with. Practitioners of the weird dabble in this concept fairly often; one foundational element, or at least recurrent trope, of the weird is that something is wrong on or hitherto unknown with the world we know, and suddenly the character(s) in a story are presented with some situation that gives them a glimpse of the “real” world around them. Madness often ensues. If you’re reading this, I probably didn’t need to tell you that. You’ve read it a few dozen times. Please don’t read that as disdain for the trope; it’s a very good one – one I love, and one that can be approached and reconfigured in almost as many ways there are worlds out there. That’s not what I want to talk about in regard to Jonathan’s work, though.

I’m more concerned with the meta-fictional window areas that Jonathan Raab is creating. Someone (probably Keel again, but my memory is failing me), when regarding the investigation of Forteana, said something along the lines of, “When you go out looking for these kinds of phenomena, eventually they start looking back.” Raab’s Cecil Kotto is certainly suffering the effects of this. The phenomena has been tailing his ass for quite some time. Introduced in The Hillbilly Moonshine Massacre, Sheriff Kotto began his High-Strange Gonzo adventures in New York State. However, in Raab’s newest, The Lesser Swamp Gods of Little Dixie, Kotto passes through a window into the world of Mer Whinery’s Little Dixie, a dark and terrifying corner of southern Oklahoma that exists in some horrible, infinitesimal soap bubble floating around the multiverse.

Cecil will also be beamed across the Super Spectrum, live, via telephone, into our own Turn to Ash, Vol. 2: Open Lines to offer a little sage wisdom to Chuck Leek on a rather rough night manning the phones at work. Hell, Chuck’s bestselling book even makes a small cameo in The Lesser Swamp Gods of Little Dixie. Jonathan has, in one month of releases, managed to open windows connecting the worlds of Sheriff Cecil Kotto, Mer Whinery’s Little Dixie, and the already shared-world of Chuck Leek’s Orion, Ohio. That’s a lot of cosmic soap bubbles rubbing up against one another in a short period of time.

I highly recommend clicking all the above links and picking up copies of The Hillbilly Moonshine Massacre, The Little Dixie Horror Show, Volume 1, The Lesser Swamp Gods of Little Dixie, and Turn to Ash, Vol. 2: Open Lines so you can get the full width and breadth of the worlds Jonathan is working in and travelling through.

To help ease the financial burden of that journey, when you pre-order Turn to Ash, Vol. 2: Open Lines (shipping later this month) or the bundle containing it and Vol. 1, use the code WATCHTHESWAMPS to get free domestic shipping.