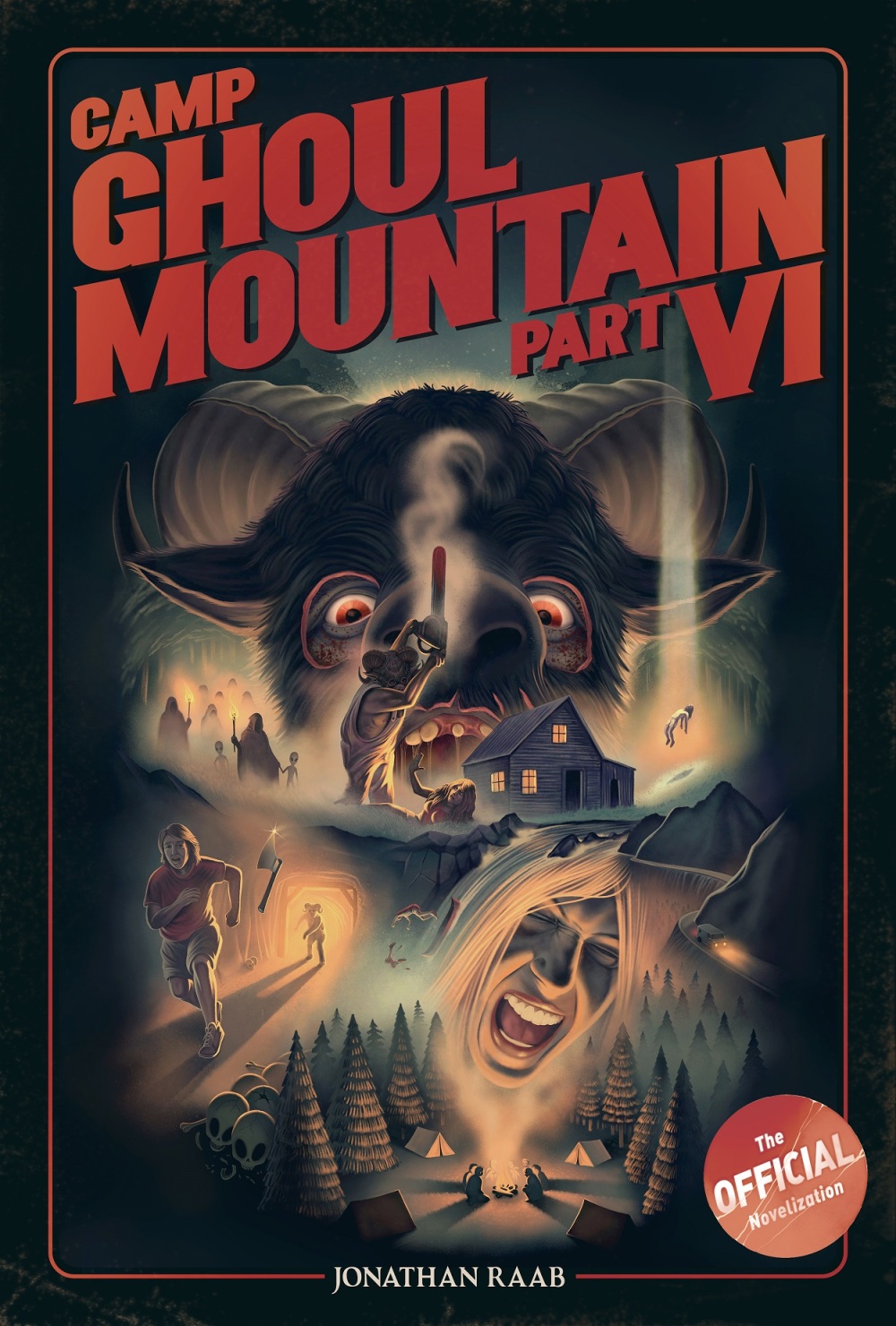 Turn to Ash is proud to present Camp Ghoul Mountain Part VI: The Official Novelization. A novel from Jonathan Raab. Pre-orders are open now and the book will ship in late December.

The first 25 copies will be signed by the author, so make sure to order soon!

Here’s a description of this unique offering from the author, himself:

Ever since I saw the fourth CAMP GHOUL MOUNTAIN film over a static-ridden Canadian television broadcast, I’ve been a huge fan of the (admittedly uneven) campground slasher series.
It was to my great surprise and delight that earlier this year Benjamin Holesapple and I were approached by the film’s production company to adapt the sixth (and most infamous) entry in this storied and grisly franchise into novel form in anticipation of the upcoming Blu-Ray Director’s Cut re-release.
But what started as a straightforward commission quickly spiraled into something much deeper and darker, with harassing phone calls warning me about tulpas, a delve into director Monty Blackwood’s conspiracy-laden beliefs and ultimate assassination by an out-of-control DEA task force, ties into a horrific alien abduction case from Evergreen, Colorado, and prophetic warnings about 9/11, the Iraq War… and America’s secret occult masters.
CAMP GHOUL MOUNTAIN PART VI: THE OFFICIAL NOVELIZATION contains a complete adaptation of the storied film, footnotes about its production and hidden themes and messages, and the history and legacy of this oft-misunderstood slasher film that aspired to be a mad prophet’s last desperate warning to a damned and doomed nation.
It’s the most bizarre and troubling thing I’ve ever written.
Who wants to go camping?
eBook and Amazon availability coming soon.
Click HERE to order.