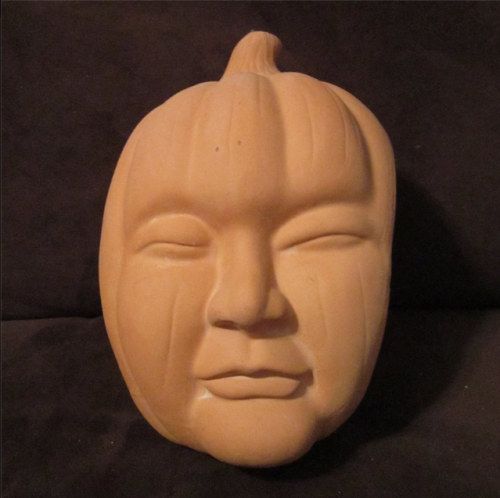 I enjoy the pulpy smell of books. I have an inordinate amount of love for Mortal Kombat. I’m soothed by footage of medical examinations. I totally have monkey feet.

Like a lot of folks it seems, I had a predisposition to storytelling from a very young age. My earliest memory of ever consciously putting pencil to notebook paper was, after being enchanted by scenes from Disney’s Sleeping Beauty, most indelibly the climactic clash between the valiant prince and Maleficent’s emerald fire-breathing dragon, I set down to write a play-by-play copy of the film in my own inimitable fashion. A similar hobby preoccupied me all through third and fourth grade, except by that time I’d moved on from Disney to the Universal Monsters, my terse synopses replete with primitive illustrations of the films’ highlights. I think those early efforts were my way of expressing my awe with the creative process, my means of finding out if it were possible for me to filter those fantastic images through my own brain and let them pour onto the page from my own hand. I wanted to understand the form and the structure of storytelling, to know if it was possible for any of my own original thoughts to sneak out of the broth.

The same formless magnetic pull that drew me to stories is what drew me to horror. When I came to those old Universal films, it was like they were the vampires of lore asking for admittance and, without me fully realizing it, something inside of me answered their call and bade them enter. The cobwebbed abbeys with their rubber-winged bats, the laboratories crackling from the latest mountain thunderstorm, the hungry call of a wolf yawning across the moor… Seeing all these things as a child, I felt like I’d come home, and even now whenever I return to the genre even after the briefest of respites it feels like a comforting reunion. At this point in my life, horror is simply part of my DNA.

I actually don’t have a story featured in the zine; a pity, since the other pieces promise to be great reading. I pitched the notion of a regular column to Ben, our esteemed editor, dealing with the various types of abbreviated storytelling that hardly ever receive extended attention in discussions of the genre. Much to my relief and surprise, Ben took me up on my idea with a humbling amount of enthusiasm.

For a long time, I was always frustrated that no one seemed to want to dedicate the time to write about singular television episodes, or anthology segments, or comic book stories at the same length that would be devoted to full-length films or entire series. To a certain point it was that my knowledge-hungry mind yearned for a point-by-point encyclopedic approach that wasn’t being provided but, more importantly, it depressed me that even fondly-remembered or treasured gems like “The Caterpillar” (Night Gallery) or “The Thing on the Fourble Board” (Quiet, Please) would only receive a few passing words of praise on a message board without any kind of attendant critical examination whatsoever. “Small Wonders,” my regular column for Turn to Ash, is my humble effort to contribute a few more pointed words in honor to these neglected classics with the hope that, somewhere out there, there are others who yearn to hear more about these fleeting bits of magic.

As for the other piece in Issue One, I asked Ben who he’d like to have when he put out a call for interviews on the site. Philip Gelatt was at the top of his list, and thankfully for all of us Phil was more than happy to come along for the ride.

In October my short fiction will be making its debut in two venues that I’m very happy to be a part of. “Pause for Laughter” will be published in the second volume of Nightscript alongside work by a marvelous group of authors. The story is about a circus clown living through the Apocalypse while a race of vampiric Fever Men threaten to wipe out the last traces of humanity. The other tale, “American Gods, American Monsters,” will appear in Hybrid Moments: A Literary Tribute to the Misfits through Weirdpunk Books. That story follows the editor of a grimy true-crime zine on his journey to piece together the mystery surrounding a ghostly serial killer. You know: yarns of humor and frivolity.

I also have some nonfiction work in the hands of some very cool folks that I hope to receive release information for relatively soon, as well as another, very personal story that’s been sent off to an up-and-coming small press for their debut anthology.

The Haunted Omnibus now functions as my official author page, where all manner of relevant news, literary essays, film reviews, and other ephemera may be found going forward. Stop by and say hello.

This last year has represented a fairly significant shift for me in terms of my creative output, one that’s been equal parts rewarding, exciting, and, at times, a little frightening. (Bursts of success are typically followed by plateaus of doubt.) I’m incredibly thankful for the individuals who’ve made all that possible by giving this starry-eyed kid a chance, and hope to repay them and any potential readers with good work. This will, hopefully, be the start of a long and (mostly) fruitful relationship.

Speaking of repaying favors, I’ve recently begun work on a project that in part is an homage to the legacy left behind by personal childhood heroes like Alvin Schwartz and Robert D. San Souci. More to come on that in the future.

You can pre-order Turn to Ash, Vol. 1, which feature’s Jose’s column, “Small Wonders,” and his interview with Philip Gelatt – HERE – It will also be available from Amazon and Amazon UK in the last week of August.