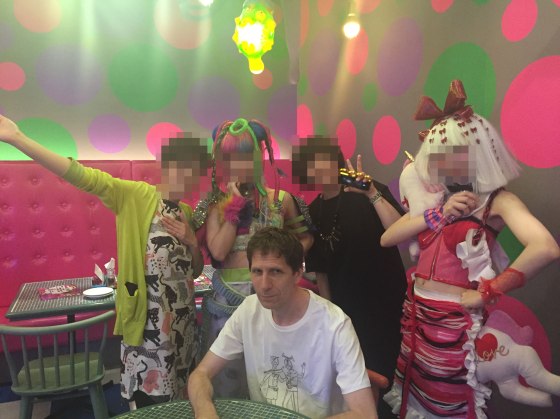 I grew up in London, where I went to school two minutes’ walk from the house in which noted serial killer Dennis Nilsen did his stuff. The most horrific thing I ever saw around there was a squirrel nailed to a tree, although I suspect Dennis wasn’t involved in that one. Although…hmm. Career-wise, I was once heckled while onstage by someone shouting “You suck!”, and couldn’t think of a snappy comeback so turned my fuzz pedal on instead to drown out the abuse. They were probably right anyway, so fair’s fair.

I started writing at the beginning of 2015, after playing music for 20+ years but feeling I didn’t have much to say musically right then. Mostly I write fiction located somewhere between horror, SF and a twisted version of the everyday. The horror I tend to like is usually found in details within non-horror books – J.G. Ballard, China Miéville, Paul Bowles and other favourites are all capable of writing shiver-inducing passages that are all the more disturbing for taking the reader by surprise. I wanted to communicate some of that atmosphere in my own writing, although admittedly my story in the anthology is atypical in being pretty much straight black comedy.

I had an idea for writing a flash fiction about an evil tooth fairy, sat down with an opening sentence and 4700 words later I was done! Not really flash fiction in the end, I suppose. I wanted to write something with absolutely no heroic characters at all, à la the best noir fiction (Charles Willeford, James M. Cain et al), and like to think I succeeded. An interesting thing I’ve discovered about horror is that you don’t necessarily need to tease out a deeper meaning or truths about the human condition – you just need to scare or horrify people. The realisation was quite liberating!

All publications are listed on my website – I have several stories upcoming, and hopefully more acceptances on the way. Still waiting for The New Yorker to come calling…For recent work, try ‘Quert’ at Unsung Stories: http://www.unsungstories.co.uk/short/2016/27/5/quert

You can order Turn to Ash, Vol. 1, which feature’s Matt’s story “A Tooth for a Tooth” – HERE – and find your country’s Amazon link –HERE-.